In today's implant dentistry, the trend is to use short or no healing periods before loading. This places high demands on the clinical team. If conditions are not optimal, poor primary stability may increase the risk of implant failure. PenguinRFA provides accurate and objective measurements of implant stability, serving as a reliable support when making decisions when to load.

PenguinRFA measures implant stability and osseointegration to enhance decisions about when to load. Especially important when using protocols with shorter treatment time or treating risk patients.

PenguinRFA measures the resonance frequency of the reusable MulTipegTM with a non-contacting technique. The frequency is displayed as an ISQ-value (Implant Stability Quotient) from 1-99. The ISQ value correlates strongly to the micro mobility of the implant.

Optimised Patient Care - Now In The Palm of Your Hand

Just mount the MulTipegTM, aim for the top and the ISQ value will be displayed in less than a second. Values above 70 mean high stability and are typically used for one-stage and immediate loading.

By taking a baseline value at implant placement and another before loading, the degree of osseointegration can be measured. 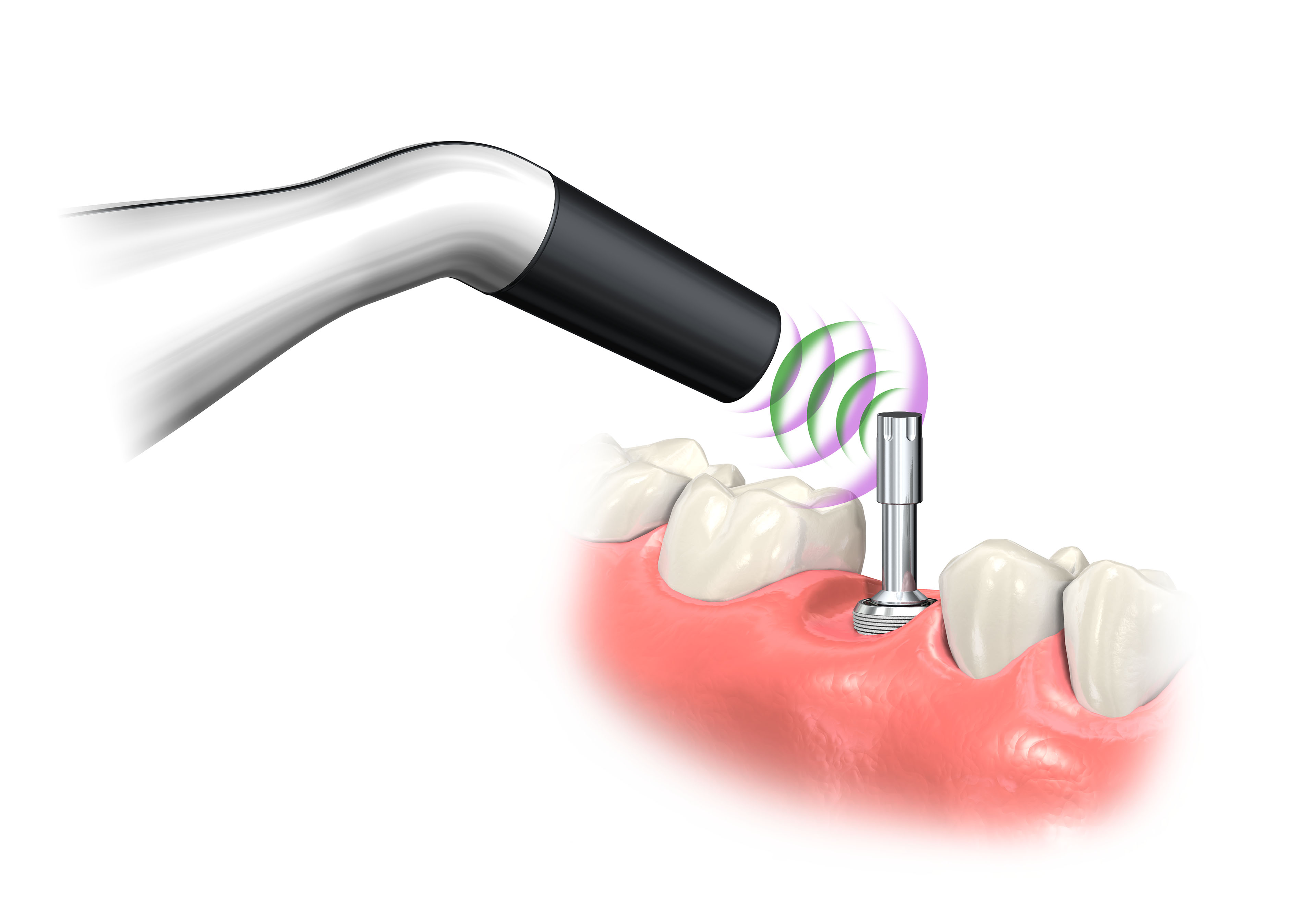 Resonance Frequency Analysis (RFA) was introduced in implant dentistry more than 20 years ago. A peg attached to an implant is excited and the vibration frequency is picked up by the instrument and presented as an ISQ (Implant Stability Quotient) value.

PenguinRFA measures the resonance frequency of the MulTipegTM, which depends on the stability of the implant.

The measurement scale is from 1 to 99 ISQ. The ISQ value correlates strongly to the micro mobility of the implant, which in turn depends on the bone quality and osseointegration. A more detailed scientific description can be found at PenguinRFA.com.

More than 700 articles on the subject have been published in peer-reviewed papers since 1996. You can see references to a selection of the most important ones here. We especially recommend the summarising article by Prof. Lars Sennerby, which explains the RFA-technique, the ISQ-Scale and how to use PenguinRFA clinically.

PenguinRFA is the result of more than twenty years' research and development by a small, dedicated scientific team.

Their experience and close relationship with specialists across the world has been instrumental in creating the PenguinRFA concept.

The projects' defining ambition has been to offer an uncomplicated and affordable concept for all clinicians working with implants.

Prof Sennerby is a leading authority within clinical implant dentistry. He has had more than 250 articles published and has lectured extensively across the world. Lars has been a pioneer in the clinical development of RFA since 1996, and has used the technique since then.

Anders started the company Osstell in 1999, together with the inventors of RFA, Prof Neil Meredith and Prof Peter Cawley. Anders developed the RFA technique from its’ early prototypes to a commercial product in 2001 and was later responsible for the development of the contactless technique for measuring. Anders has been in the dental implant industry since 1993.