The store will not work correctly in the case when cookies are disabled.
Skip to the end of the images gallery

Skip to the beginning of the images gallery

SilverPlug® is the only recognised medical device for preventing bacterial build up in the abutment screw access chamber – eliminating the large potential reservoir that can harbour the most pathogenic bacteria for surrounding soft tissues. Its natural anti-bacterial effect helps prevent peri-implant diseases.

SilverPlug® is a silver-based polymer that has a high antibacterial effect that maintains its efficacy for the life of the patient. Easily placed and retrieved if needed, it can also be replaced and re-used following the replacement of the prosthesis.

Helps reduce the risk of peri-implantitis

Advantages for Patients and Dentists

The use of a specifically designed and certified material to seal the implant tunnel:

Quirynen and van Steenberghe (1993) observed the presence of a significant quantity of microorganism in the apical part of the abutment screw and claimed the microbial leakage at the abutment fixture interface as the most probable origin of a bacterial contamination.

In a further study Quirynen et al. (1994) proved the existence of bacterial leakage along the components of the Brånemark implant system, both at A-I interface and from the access hole of the abutment. Hermannet al. (2001) and Broggini et al. (2003) suggested that bacterial leakage at the level of alveolar bone was one of the most important causes of chronic inflammation and marginal bone resorption around two-piece implants.

How Does the Silver Zeolite Work?

Silver is widely used as an antiseptic agent in medical topical gels and dressing to reduce the bioburden and improve the healing of wound infection (Wilkinson et al. 2011). A recent preliminary study reported the potential effect of a silver-based gum (SilverPlug®) on reducing the total bacterial amount and the percentage of anaerobic bacteria in the inner space of the fixture (Rasperini et al. 2012).

Article: Peri-Implant Mucositis and Peri-Implantitis: A Current Understanding of Their Diagnoses and Clinical Implications. This paper was developed under the direction of the Task Force on Peri-Implantitis and approved by the Board of Trustees of the American Academy of Periodontology in January 2013. Task Force members: Dr. Paul Rosen, chair; Drs. Donald Clem, David Cochran, Stuart Froum, Bradley McAllister, Stefan Renvert, Hom‐Lay Wang.

All delivery costs vary depending on the total weight of your order.

The final postage charge is displayed on checkout.

Downloads
Related Products
Check items to add to the cart or 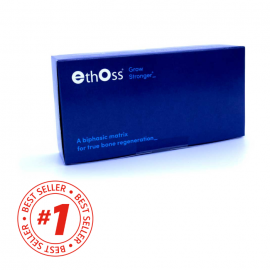 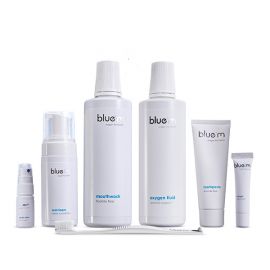 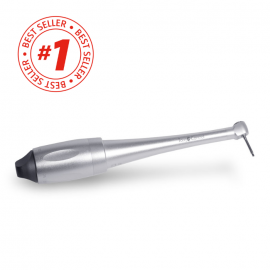 £594.00 £495.00
Reviews
Matt
100% of 100
Very smart tool I use SilverPlug since 2010. Easy to use, easy to remove, no more bad smell! 100% suggest!
Tidu Mankoo BDS
100% of 100
An Innovative Product Silverplug is an innovative product to help decontaminate and reduce the bacterial load in the implant/prosthetic screw hole and interface. It’s really simple to use and seems to provide a useful benefit.
Write Your Own Review